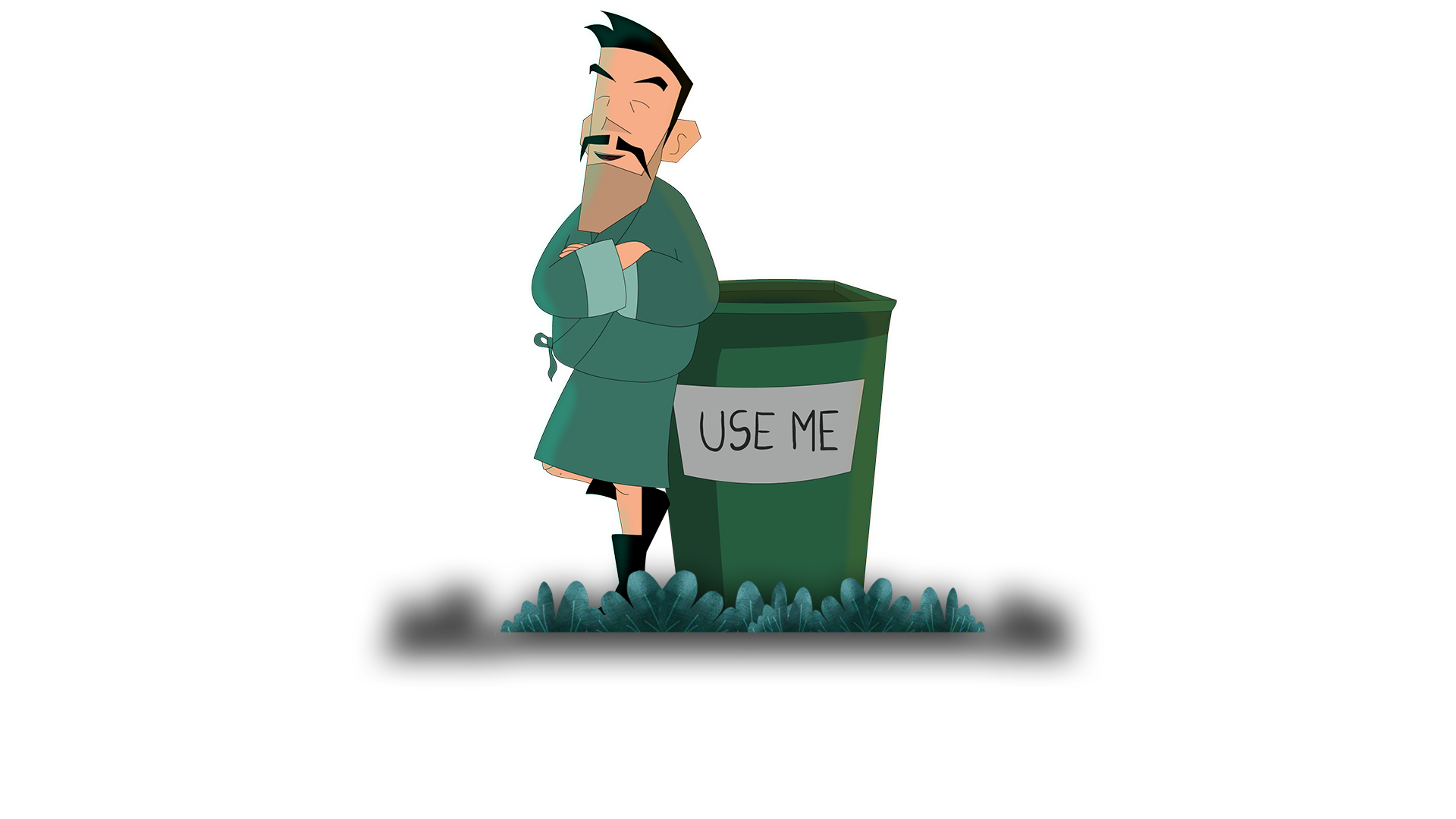 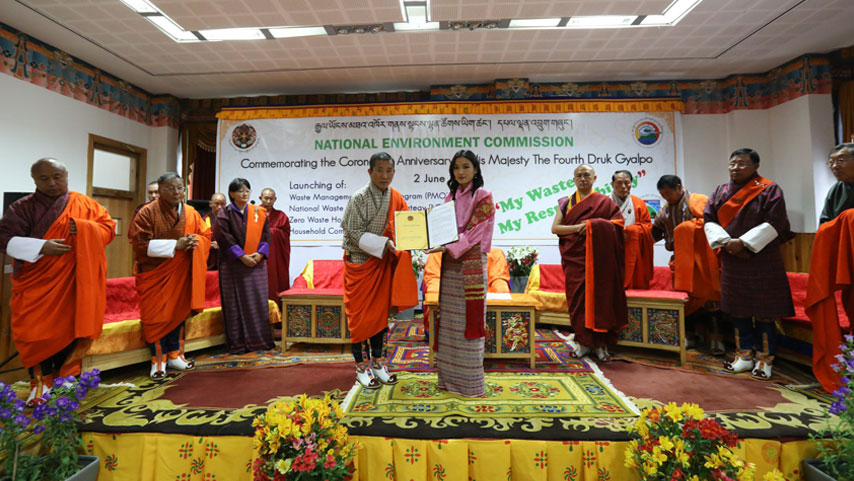 Her Majesty The Gyaltsuen graces the launch of waste management initiatives

Her Majesty The Gyaltsuen graced an event yesterday to commemorate June 2, which marks the Coronation of His Majesty the Fourth Druk Gyalpo, and has been traditionally celebrated in Bhutan with an environment theme.

Addressing the event, Her Majesty expressed concerns about the increase in waste generation, and said that Her Majesty is aware of and disheartened by the growing scale of garbage that we find on the roads, in drains and along footpaths in urban areas. Her Majesty reminded the gathering that our natural heritage has been protected due to the carefully thought out policies under the leadership of His Majesty the Fourth Druk Gyalpo, and His Majesty The King, and that by failing to consider the consequences of our behaviour and ignoring our civic duties, we would fail the ideals upon which our country has been built. Her Majesty urged those present to renew our pledge to fulfil our individual duties to keep our surroundings clean and aesthetically pleasing, and said that it was integral to act now. “… any delay will be too late and the damage to our environment would be irreversible,” Her Majesty said. Her Majesty reiterated that “consistency remains key in ensuring the success of our endeavours, and our activities should not be limited to events such as these.” To mark the day four programmes were launched. The Prime Minister’s Office launched the Waste Management Flagship Programme. The programme targets to reduce waste at every point and put in place a strong management set-up and conscientious monitoring system. The programme also includes implementing measures to control the stray dog population. The National Environment Commission (NEC) launched the National Waste Management Strategy, which is the revision of the National Integrated Solid Waste Management Strategy 2014. It includes all forms of wastes and aims to prevent waste generation at the source and minimize the amount of waste going to landfill with focus on refusing, re-using, re-covering and recycling wastes. NEC also launched its Zero Waste Hour initiative which is an awareness programme to attain a zero waste society by 2030. The initiative calls for offices, institutions and every Bhutanese to take one hour on the second day of every month to clean their surroundings. Thimphu Thromde also launched the Household Compost product, the initiative involves composting food waste. The Prime Minister and senior government officials attended the event. At the end of the programme, Her Majesty joined the participants and volunteers in a cleaning campaign to pick up trash around Sangaygang area. 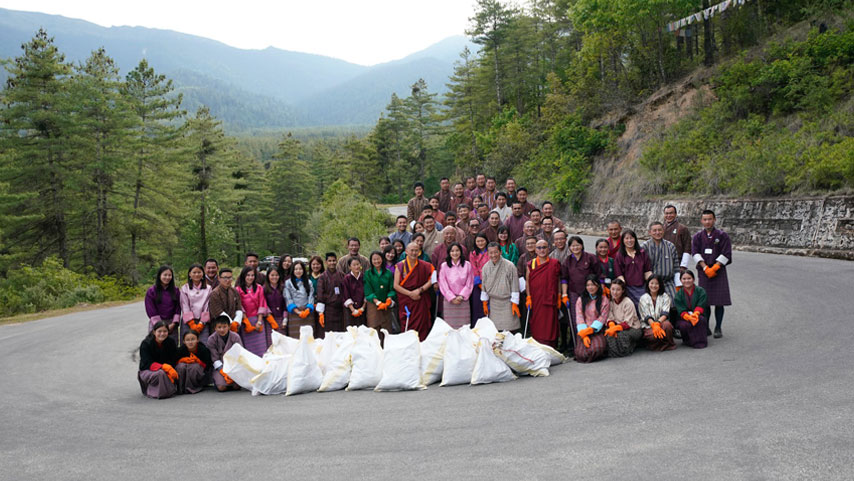